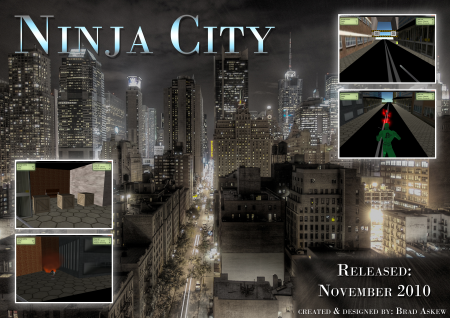 Ninja City is a sandbox game where the player takes control of a ninja and is responsible for collecting the hidden treasure scattered throughout the area. Some of the treasures are hidden in boxes or out of cursory view, so the players are encouraged to explore the area. The ninja can attack, jump and move via the keyboard as well as look around and attack with the mouse.

This game was created using the Ogre3D framework and designed to explore the relationship between 3D modelling programs (Blender) and a coding IDE (Visual Studio). We had to create 3D assets in blender, render and texture them before following the documented pipeline to bring them into the game. 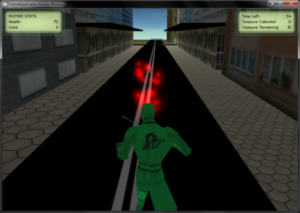 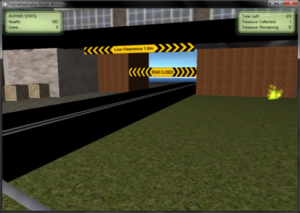 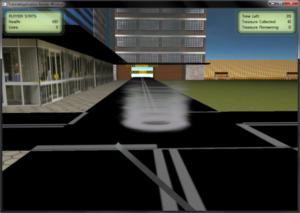